Marcel Dzama’s work is characterized by an immediately recognizable visual language that draws from a diverse range of references and artistic influences, including Dada and Marcel Duchamp. While he has become known for his prolific drawings with their distinctive palette of muted colors, in recent years, the artist has expanded his practice to encompass sculpture, painting, film, and dioramas.

Dzama was born in 1974 in Winnipeg, Canada, where he received his B.F.A. from the University of Manitoba. Lives and works in Brooklyn. His work has exhibited widely: Drawing on a Revolution, La Casa Encendida, Madrid (2017); The Fallen Fables, Crown Point Press, San Francisco (2015); Hollow Laughter, Kunstmuseum Thun, Switzerland (2014); With or Without Reason, CAC Málaga, Spain (2012); A Touch of Evil, Museo de Arte de Zapopan, México (2012); A Game of Chess, Gemeentemuseum, The Hague (2011); Of Many Turns, Musée d´art Contemporain de Montréal, Canada (2010). 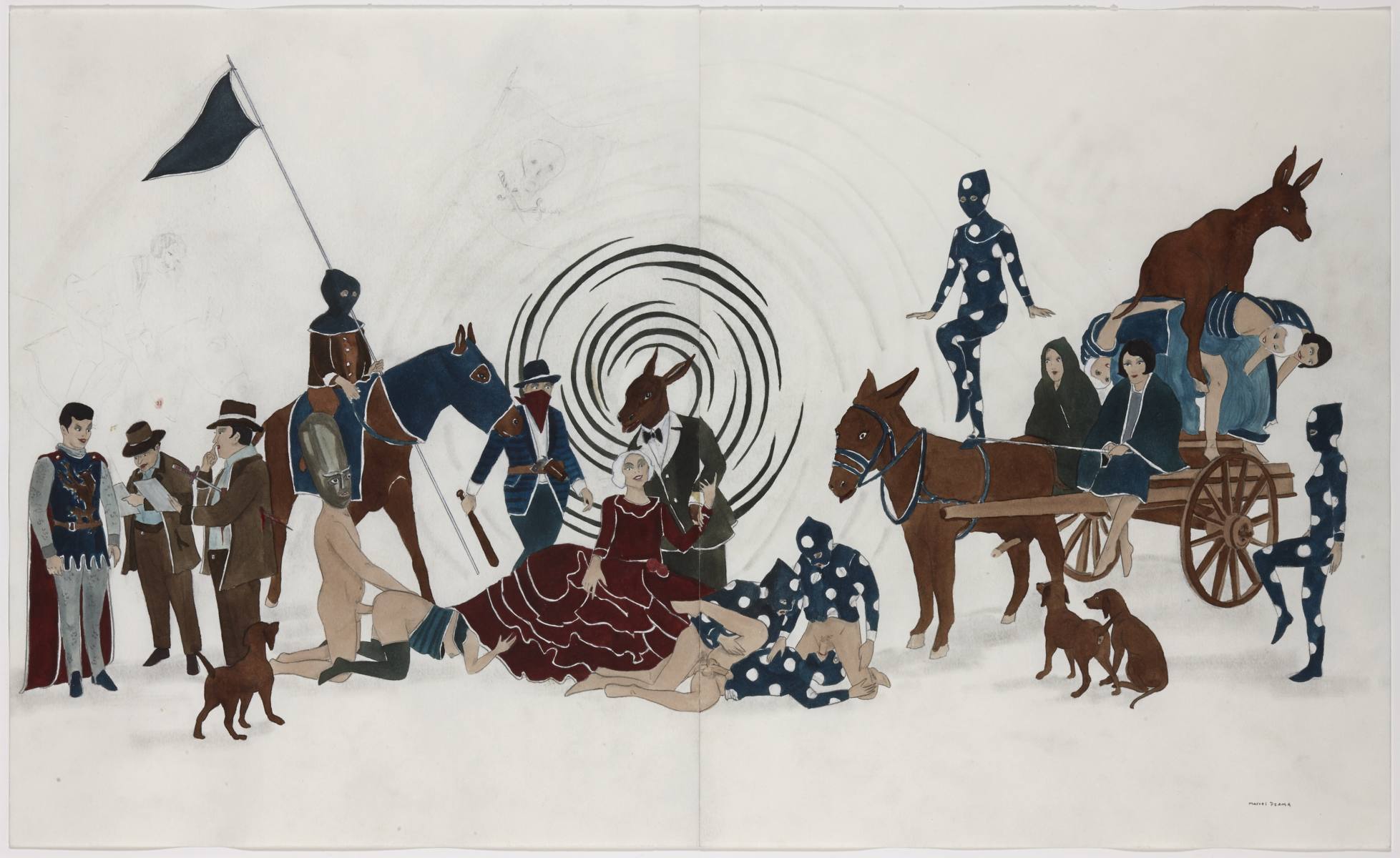 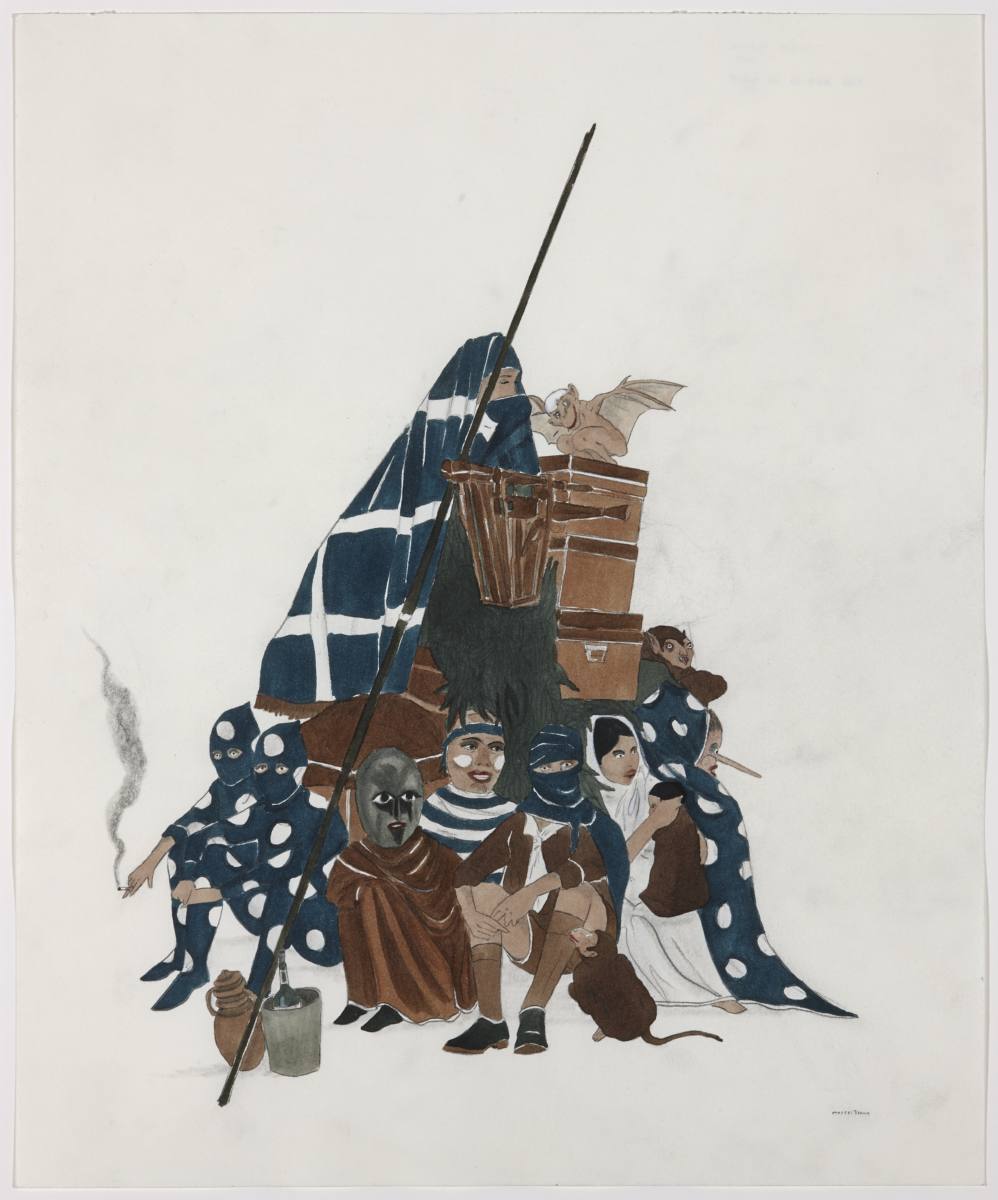 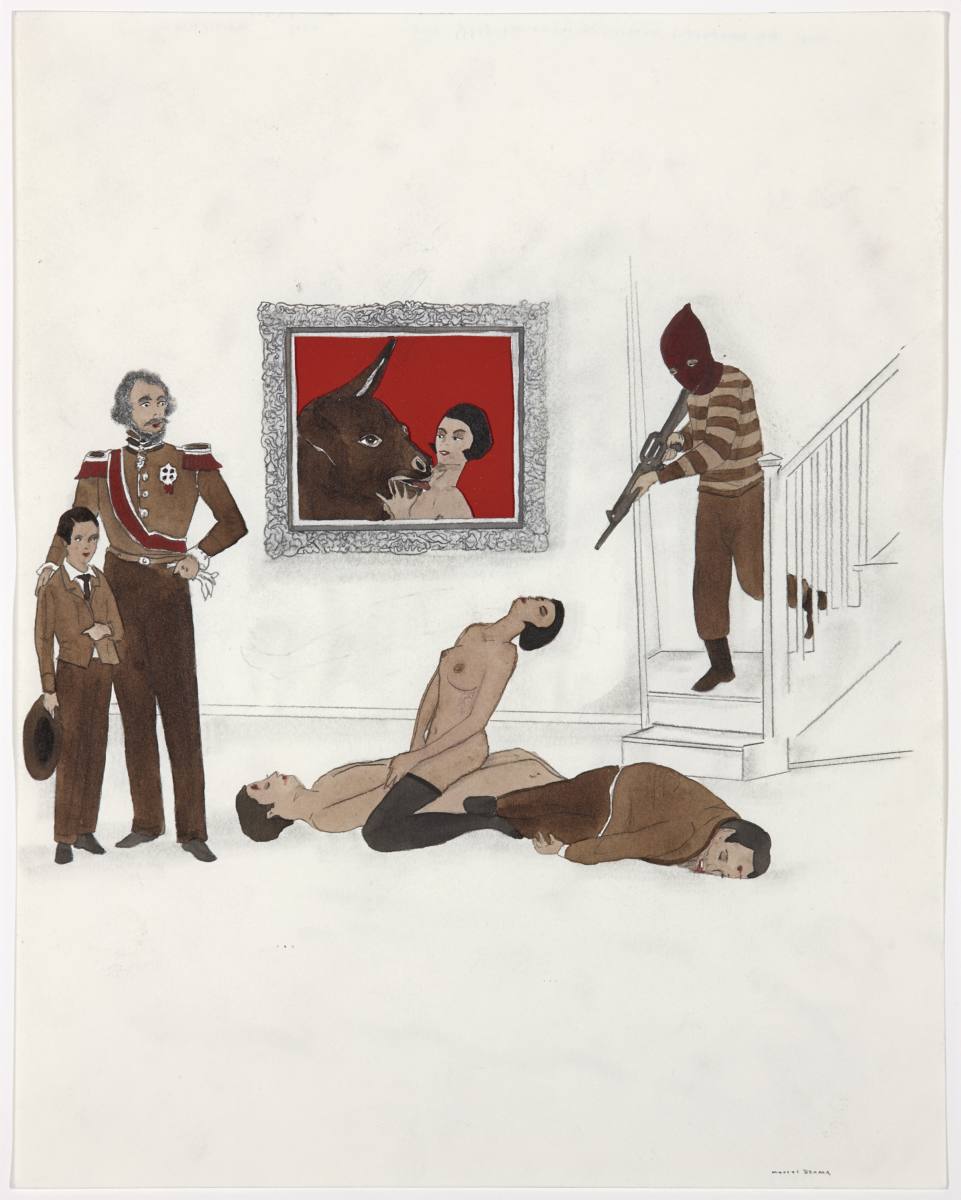 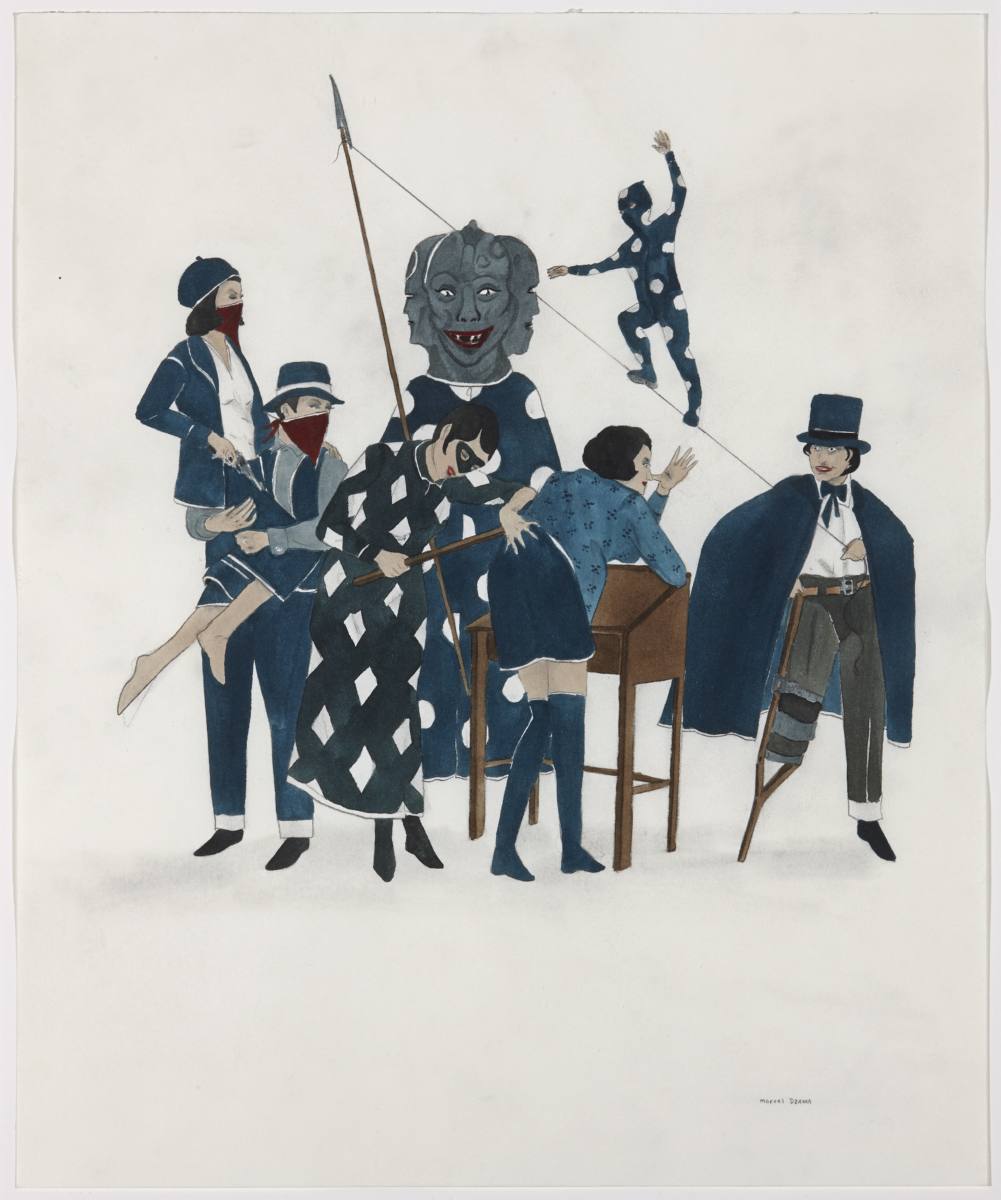 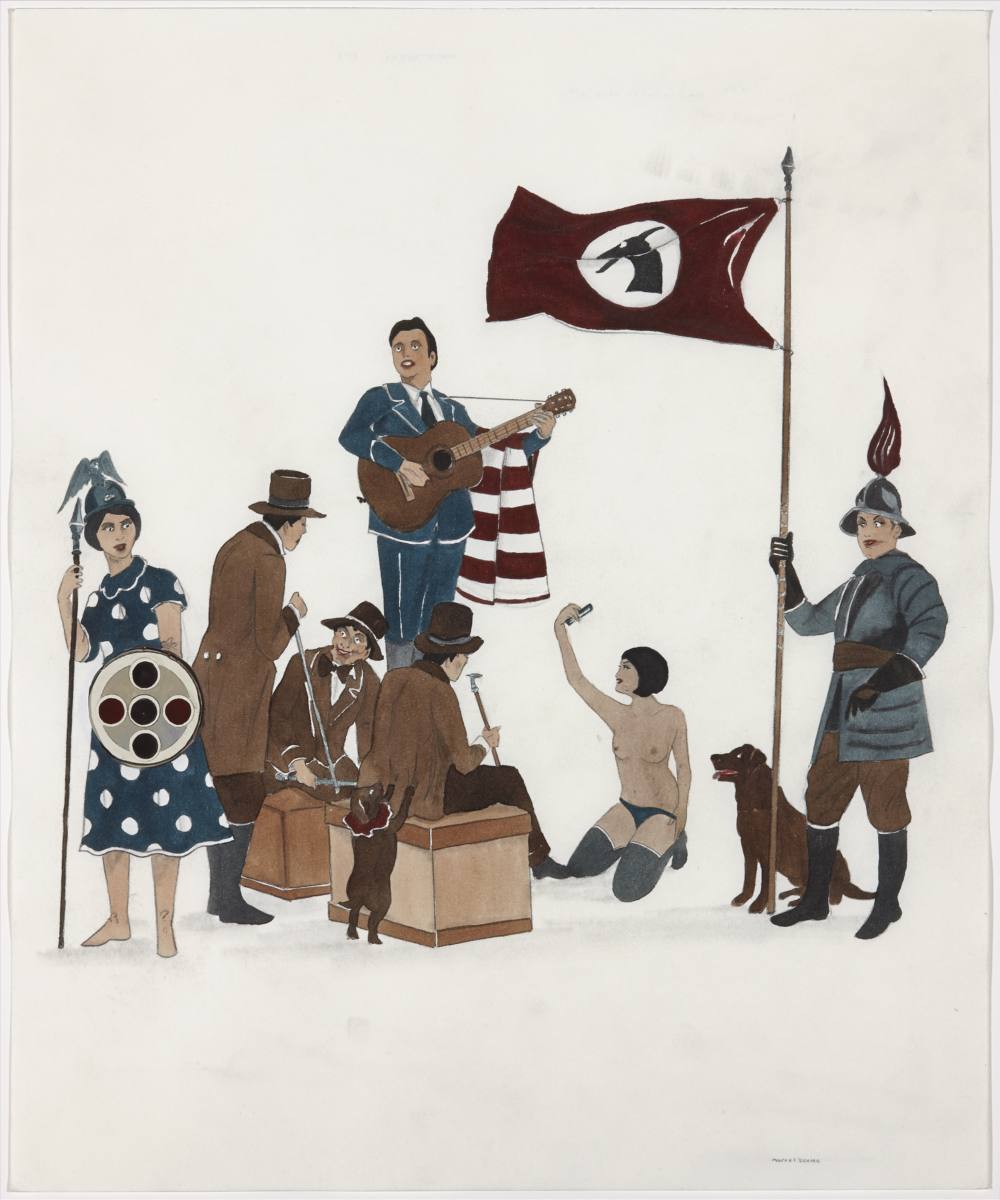 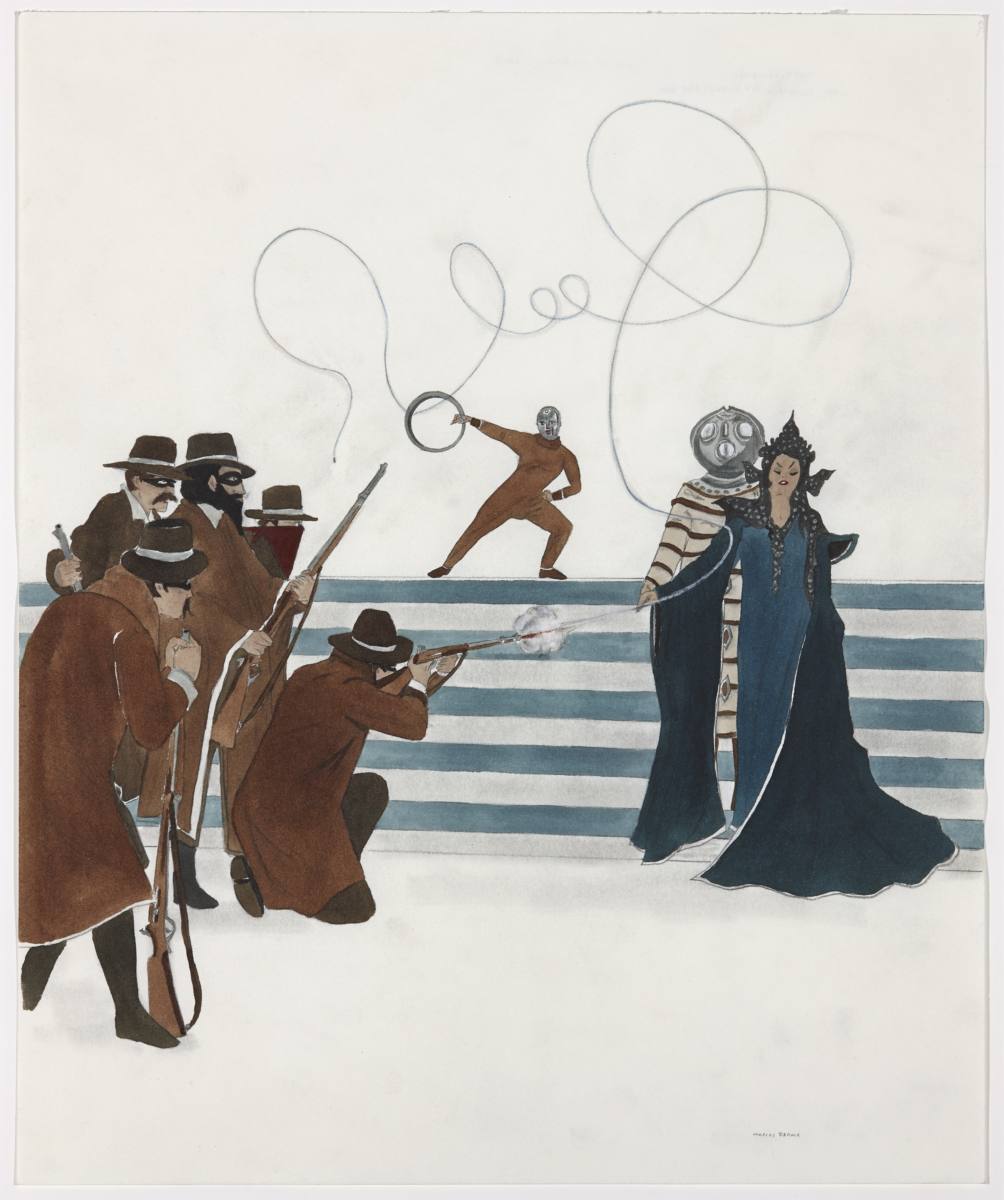 The Queen puts another bullet trough the rim, 2013 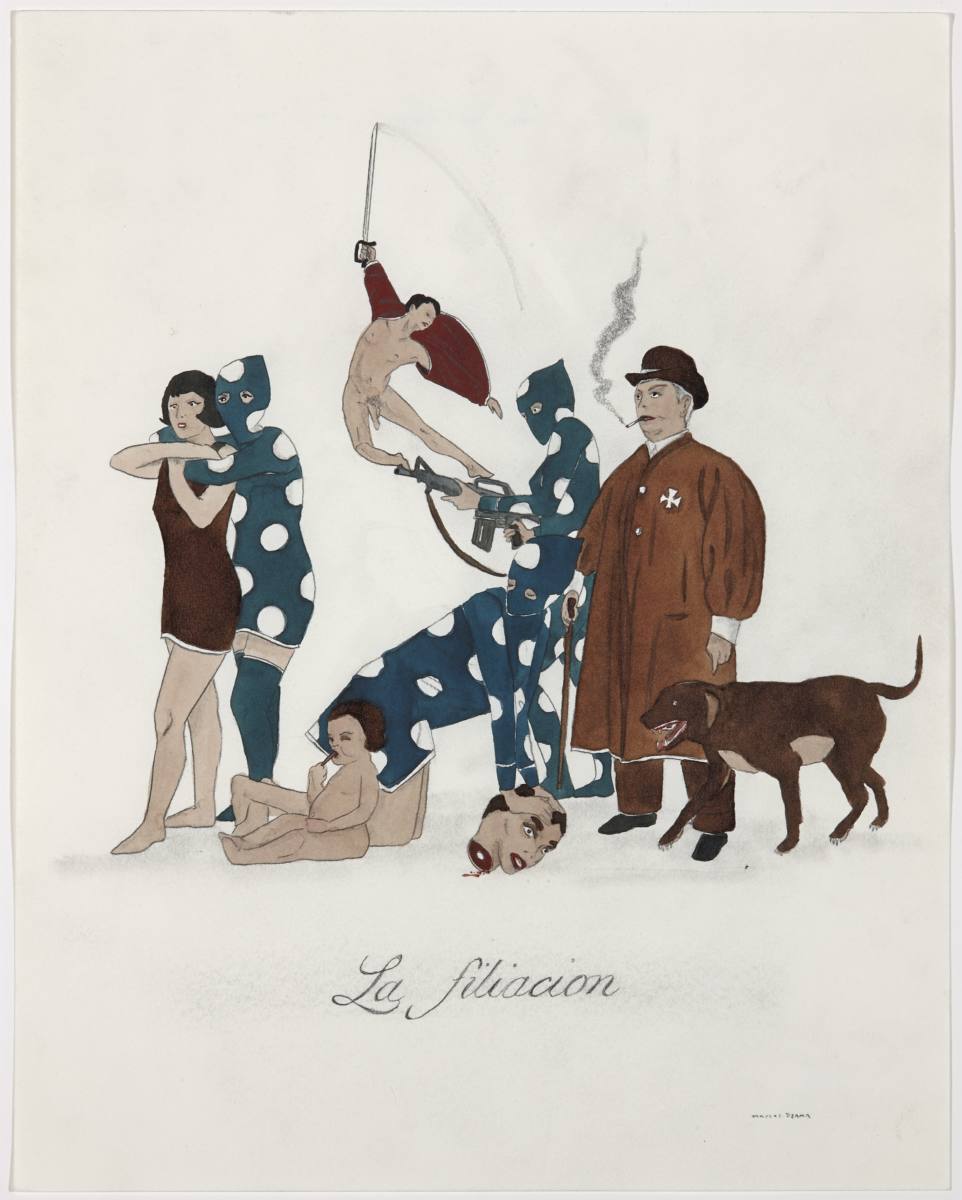 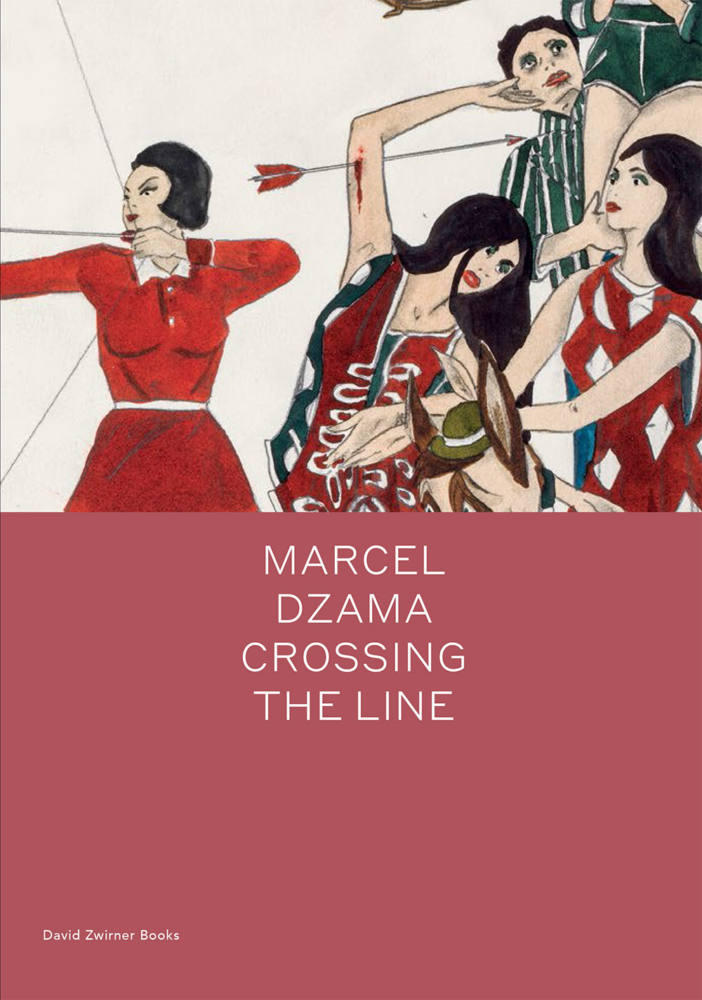 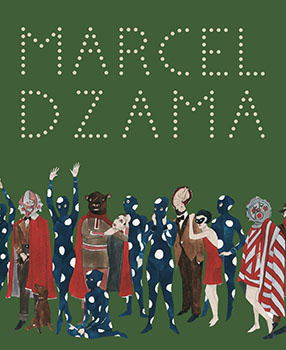 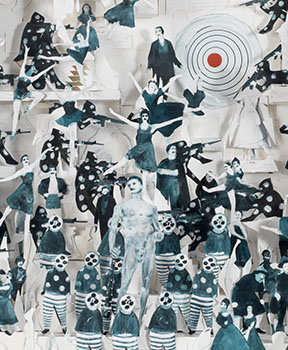 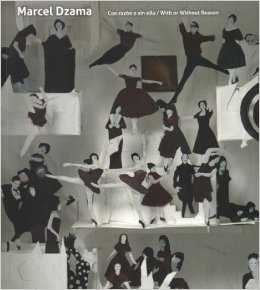 Marcel Dzama: With or Without Reason