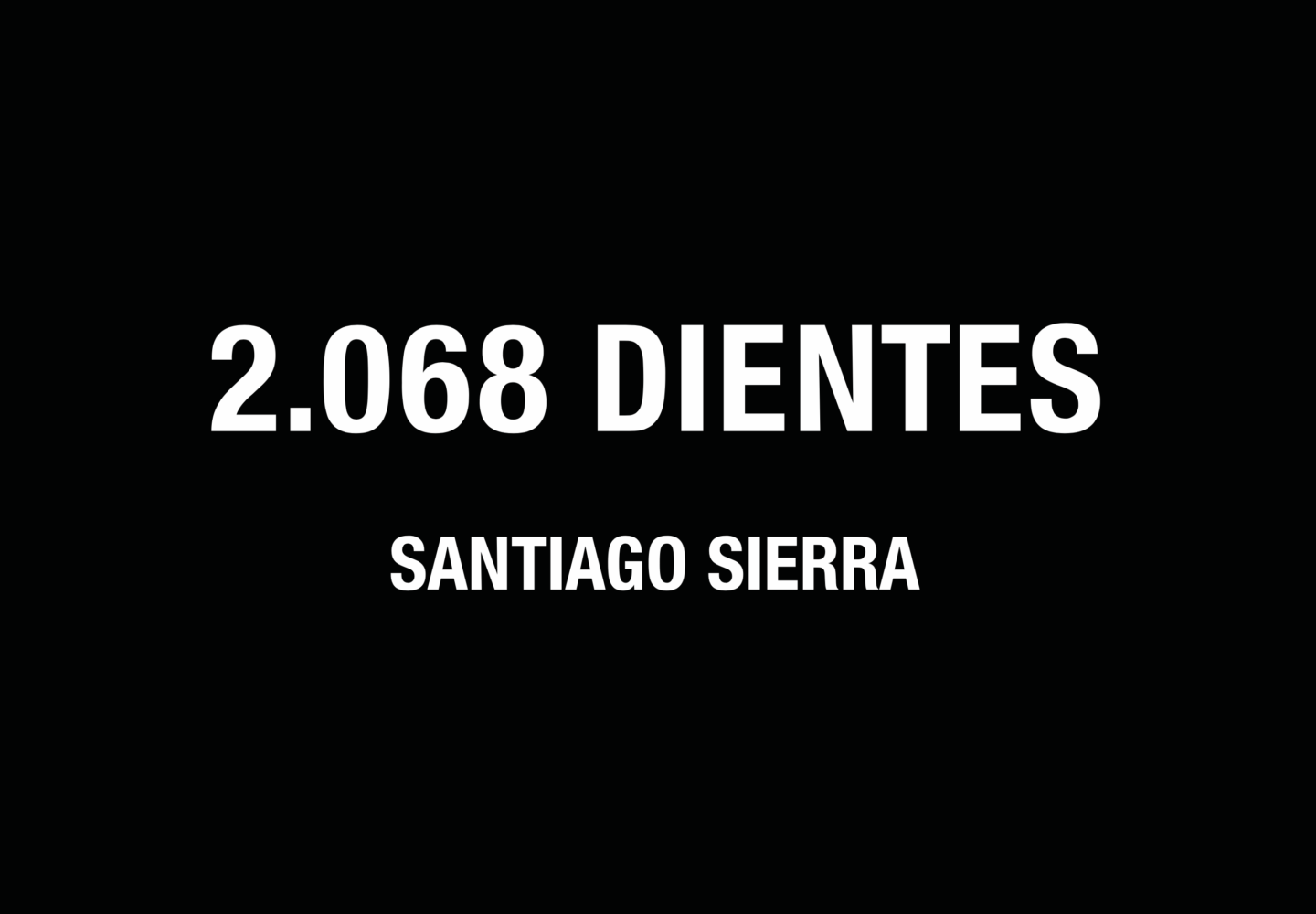 2.068 is the total number of teeth in a collection of teeth photographed in Tijuana that belong to migrants from Central America, South America, and the Caribbean who arrive in massive caravans of over one thousand people in their effort to traverse the entire continent and reach the United States. These mass crossings take place in order to avoid kidnappings, rape, assault, and murder, which can be encountered when travelling in smaller groups or as individuals. The caravans become stranded at the border between Mexico and the country to the north; waiting for a crossing that is continuously postponed. Migrants face veritable odysseys when confronted by the many armed forces that stand against them in every country they cross and are targeted by media-driven accusations of causing the violence and hunger they are actually fleeing from. Ultimately, they are confined under terrible sanitary conditions in shelters or concentration camps on the outskirts of Tijuana and remain in the custody of heavily armed troops.

The sound on the ground floor is a cumbia rebajada that has been inverted and whose tempo has been lowered even further. The cumbia rebajada—or slowed-down cumbia—is a very popular musical phenomenon that arose in northern Mexico when local DJ’s became very successful by playing Colombian cumbia music at a lower speed than in the original recordings; creating a new, thicker, and more melancholic tone. One can obtain the sound on the ground floor by further manipulating the cumbia rebajada, slowing it down to a greater degree and inverting it.

On the first floor of the gallery—where the exhibition entitled “?” is on display—the right of admission is reserved exclusively to those who have received a personal invitation. The contents of this exhibition will remain hidden until it has ended by means of a non-disclosure agreement aiming to protect it from those who might be offended; gearing it solely to individuals known to be open minded independent thinkers. In this way we hope to avoid those who are outraged by anything that has not been curated for them by an algorithm.