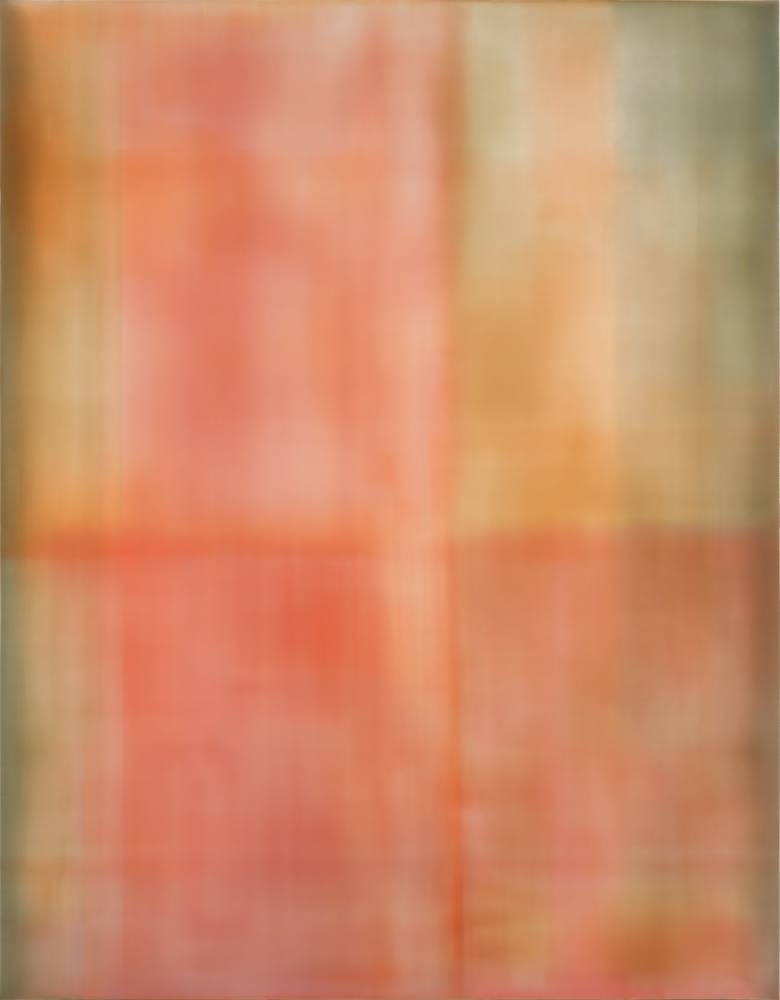 The large format works titled The Dorsal Pattern and the smaller pieces Two Part Intentions connect what is manifest and what remains concealed under all things. They affirm the need to hear the barely perceptible voices integrated within a system of resonances made up of order and chaos, of chance and intention.

In the larger works an ambiguous geometry appears on the nominally flat surface. It reveals the relief that is pulsing from the other side of the canvas, made visible through the use of chiaroscuro. I am interested in the line’s restraint, motionlessly at the edges of the painting and merely an unstable color frontier in its interior. My process is a succession of approximations to the solid background until the level of two simultaneous voices is balanced.

Two Part Intentions is a series of paintings inspired by J. S. Bach’s Two Part Inventions. The series appropriates the strict rules of Baroque counterpoint by using two unsubordinated colors, one single instrument with which to apply them and the systematization of the development by anchoring all gestures on the edges of the paintings. The works begin with an overlapping of two translucent colors that immediately form a new one. This becomes the origin of a progression that ultimately manifests itself as a continuous fabric of chromatic transitions. 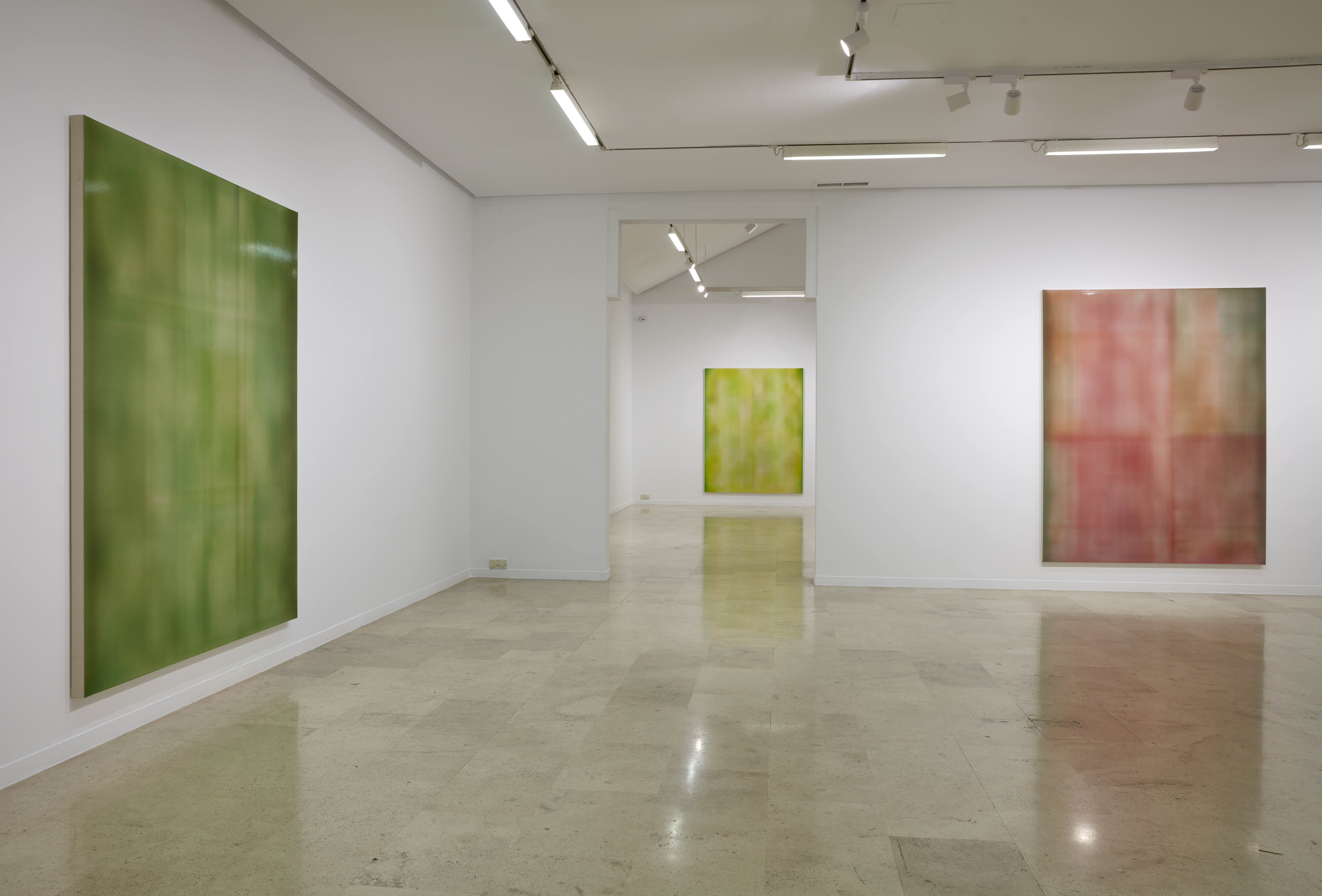 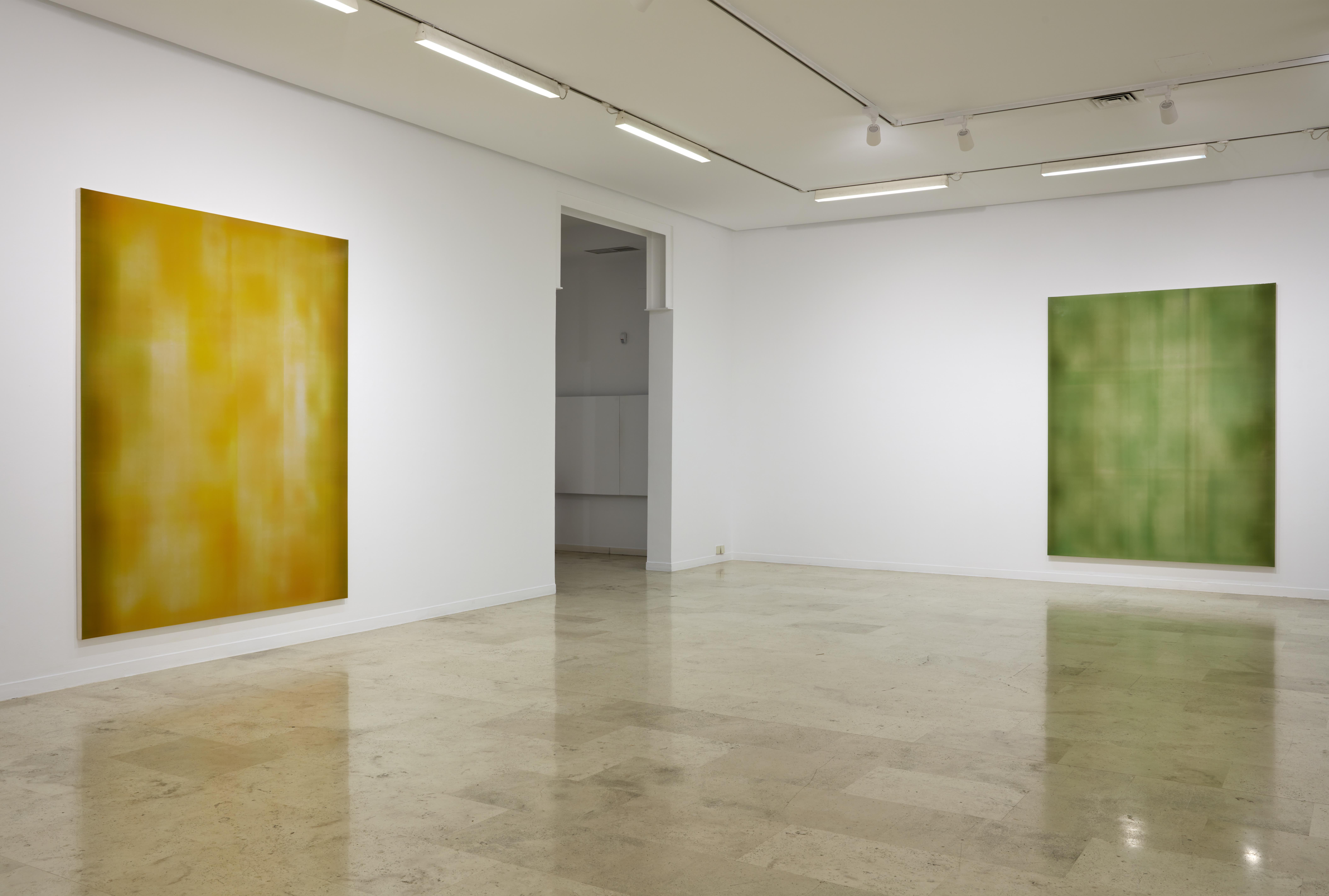 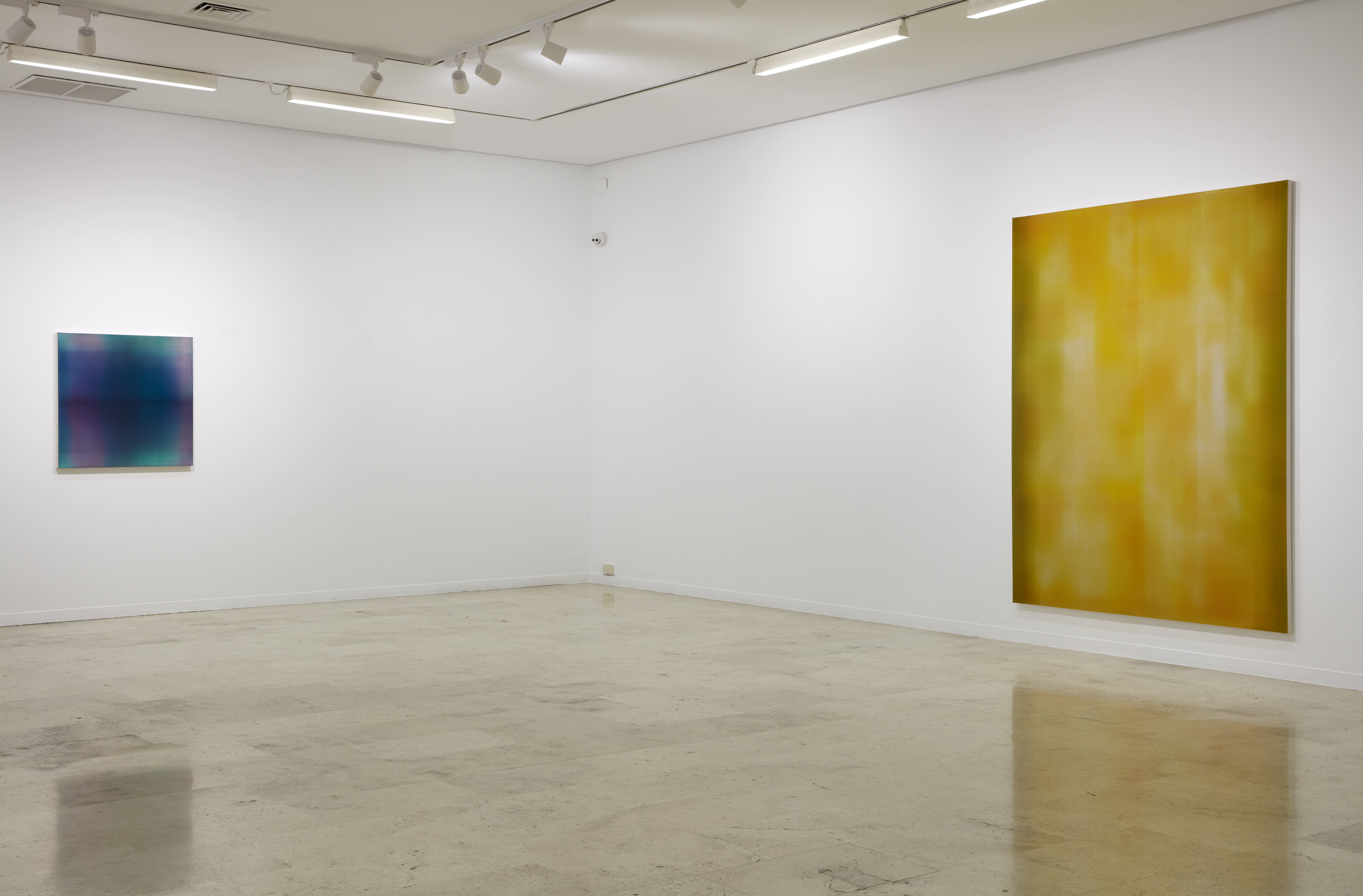 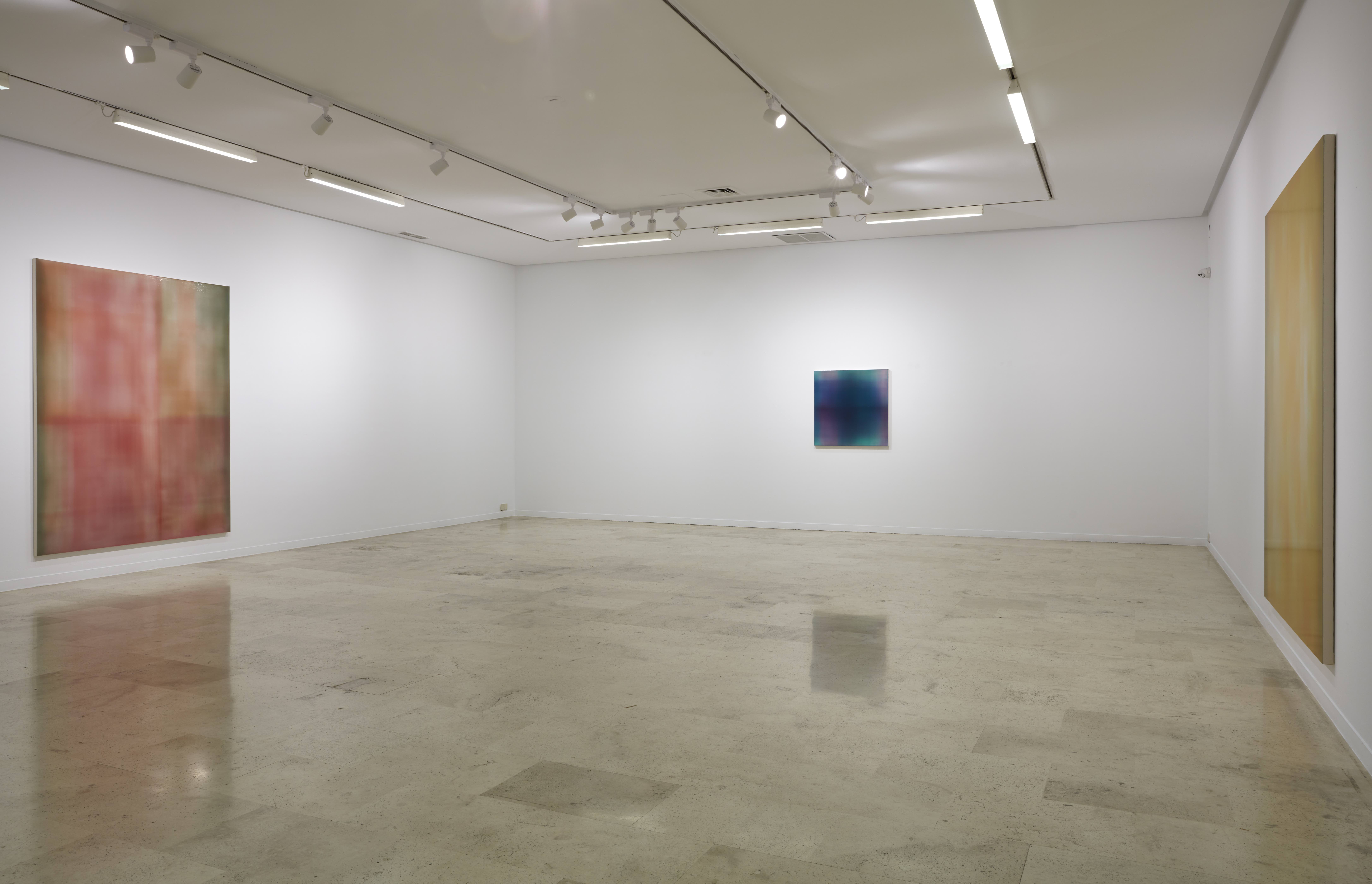 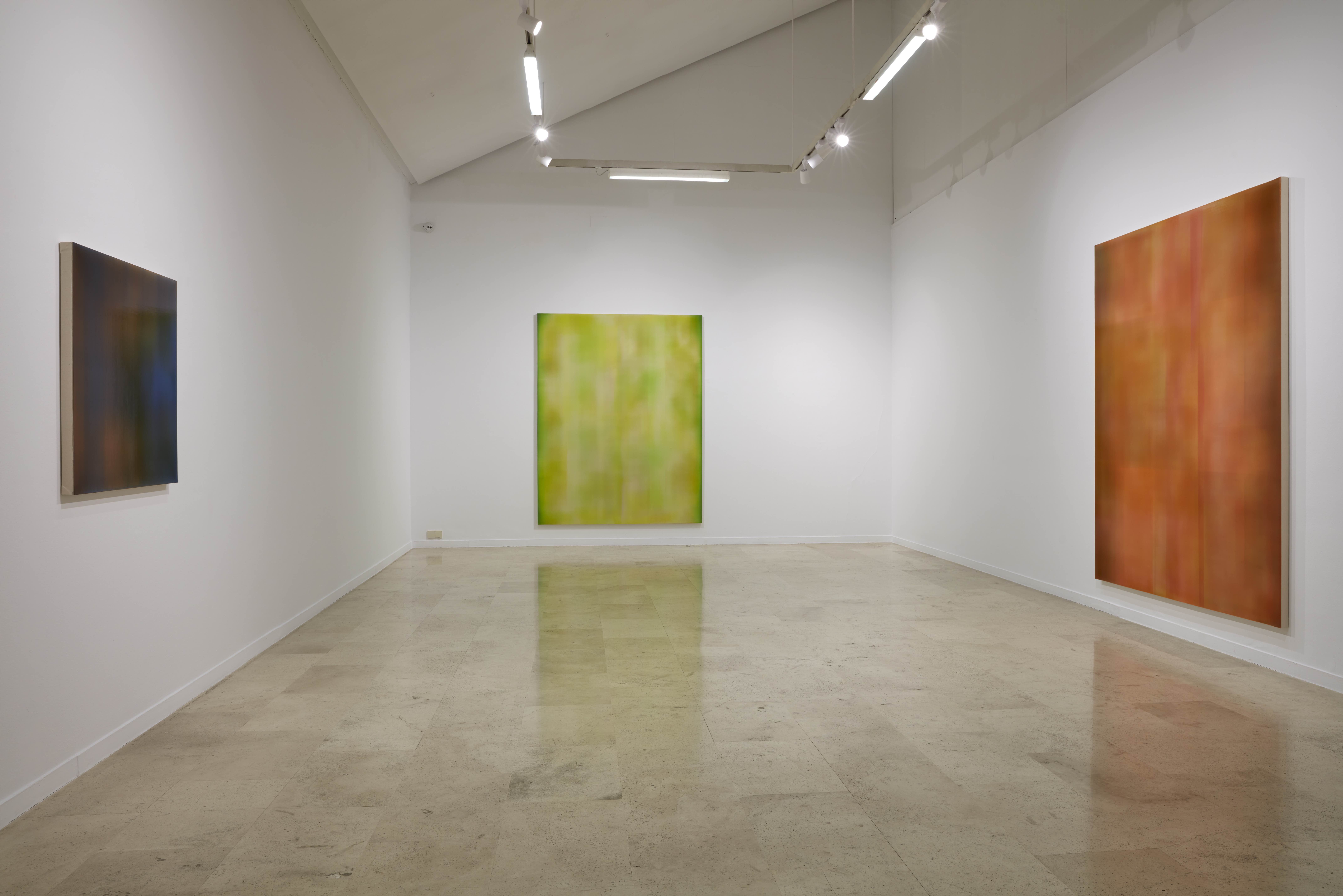 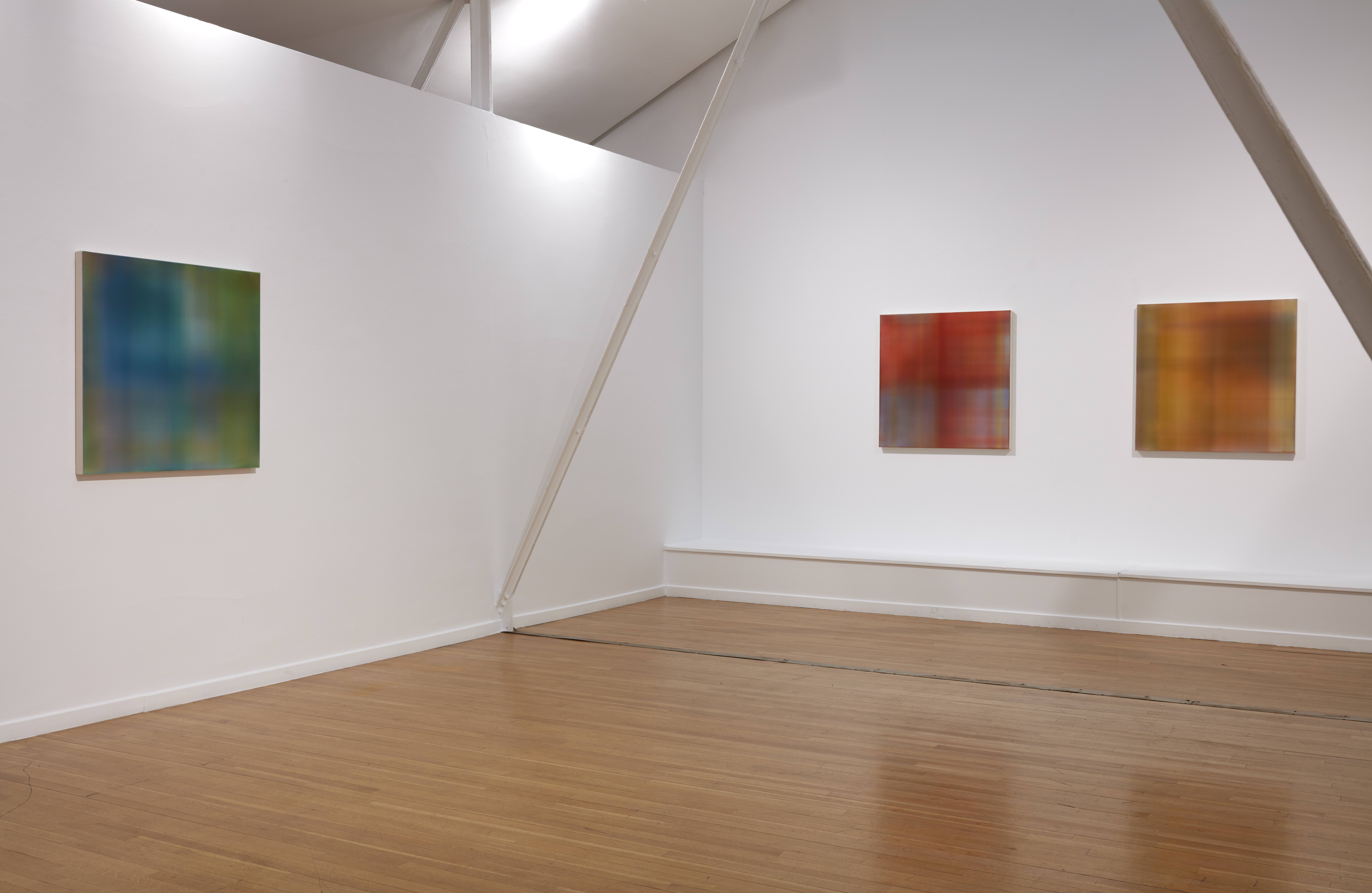 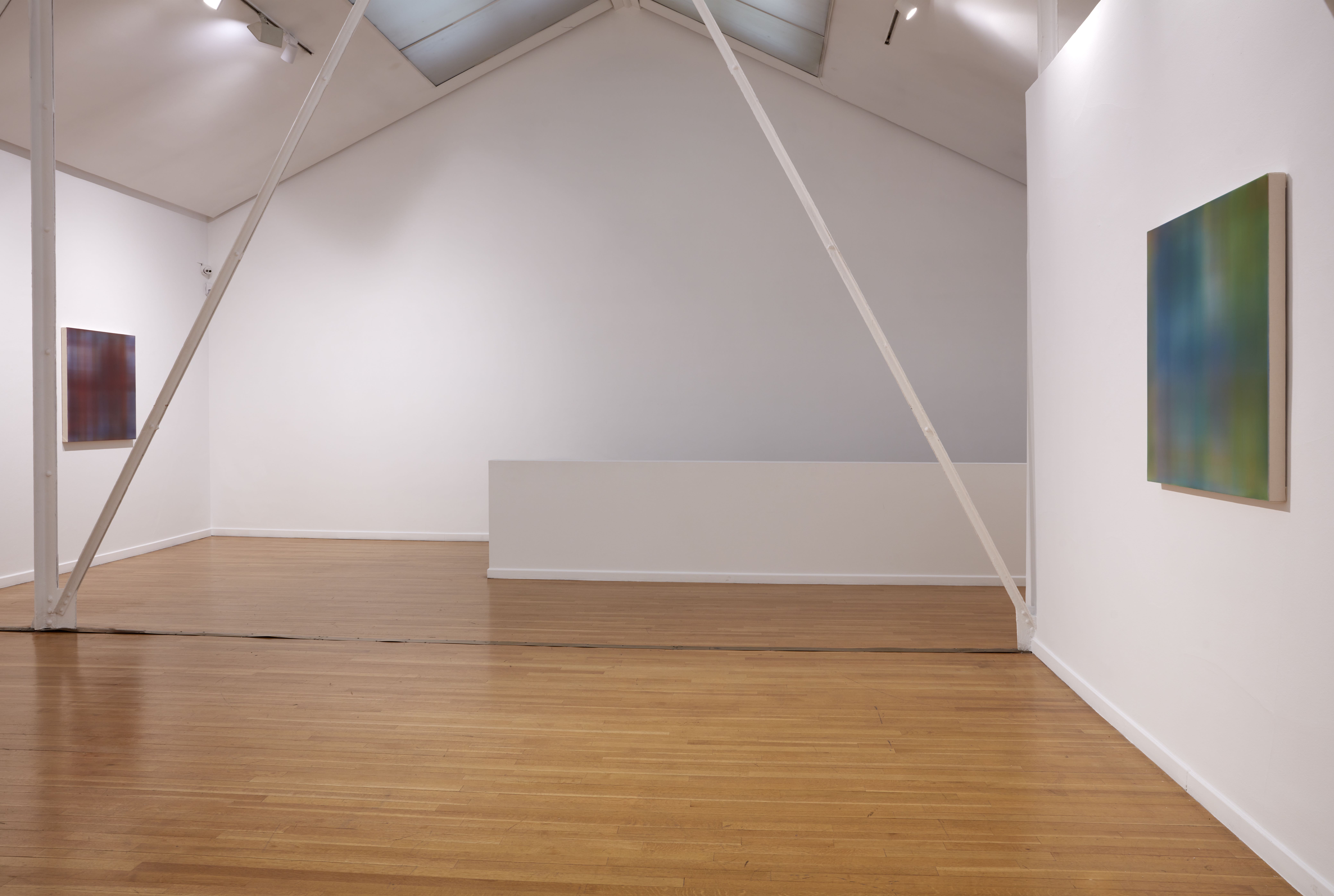 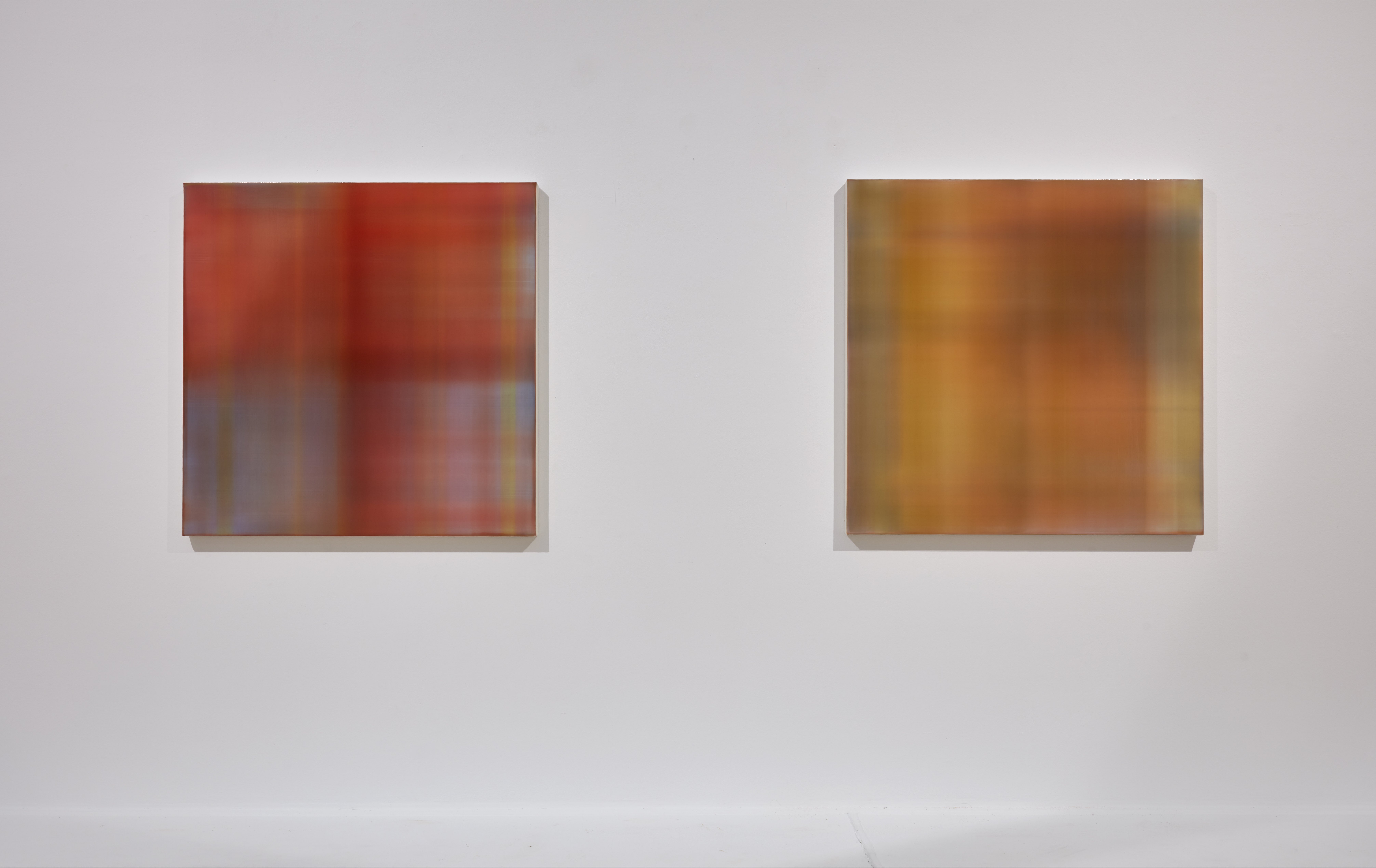 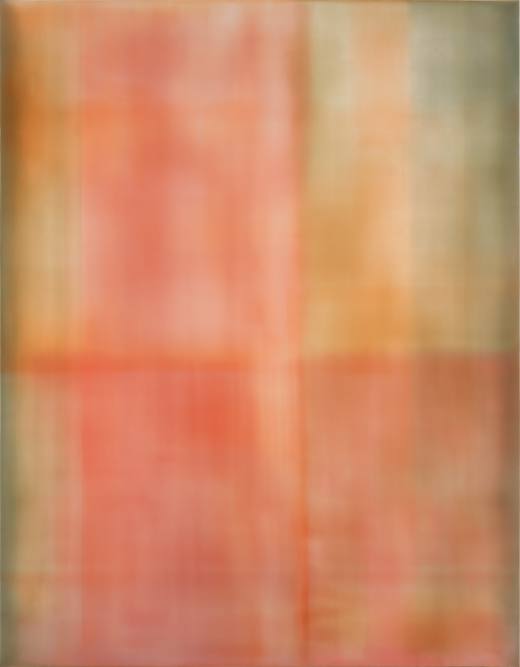 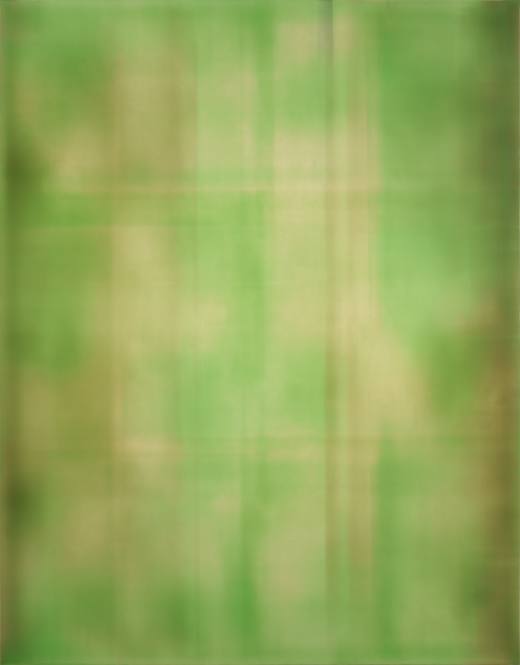 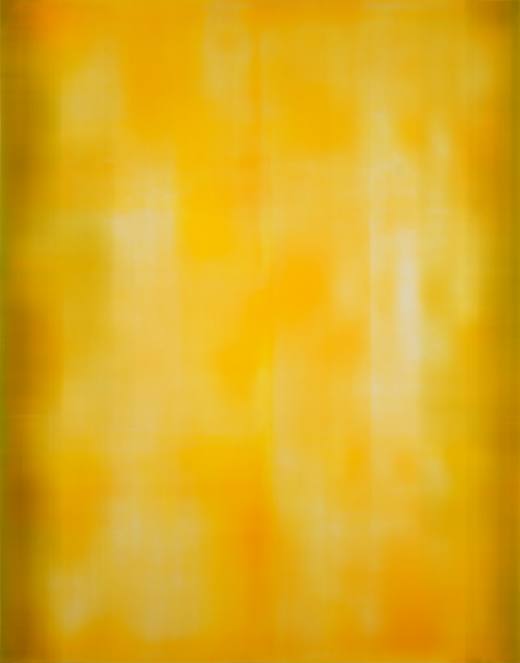 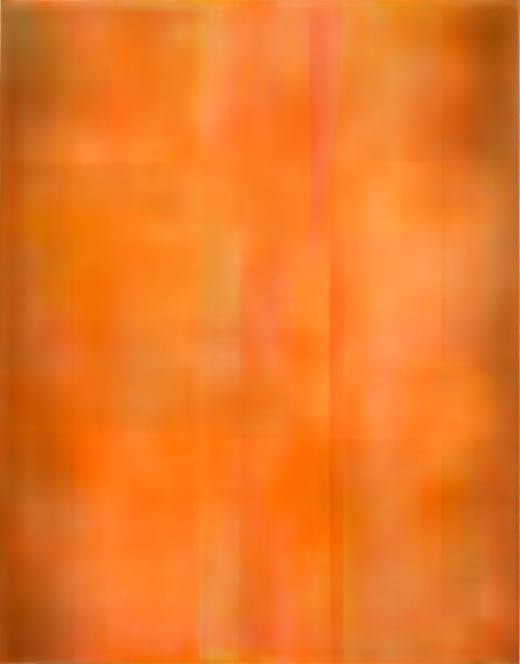 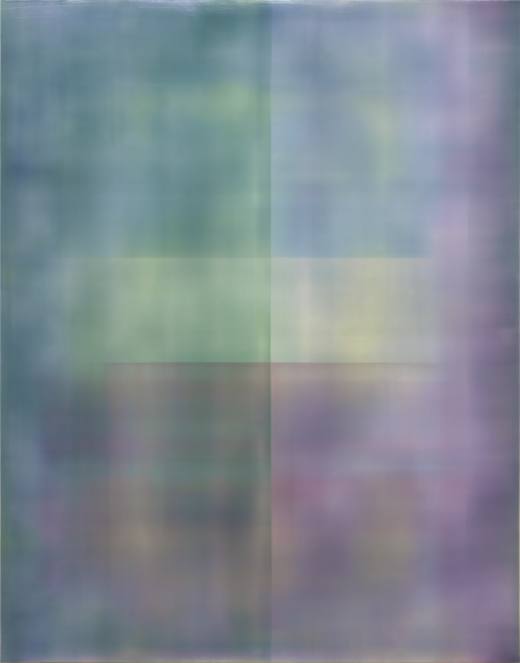 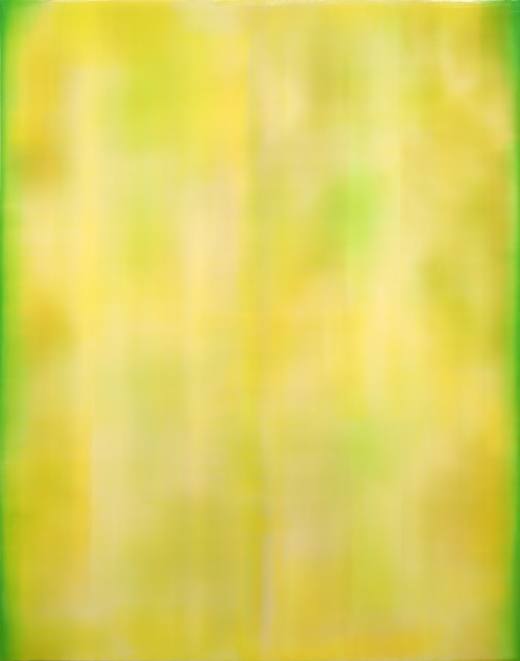 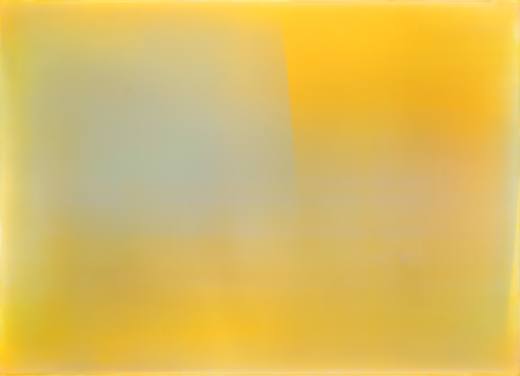 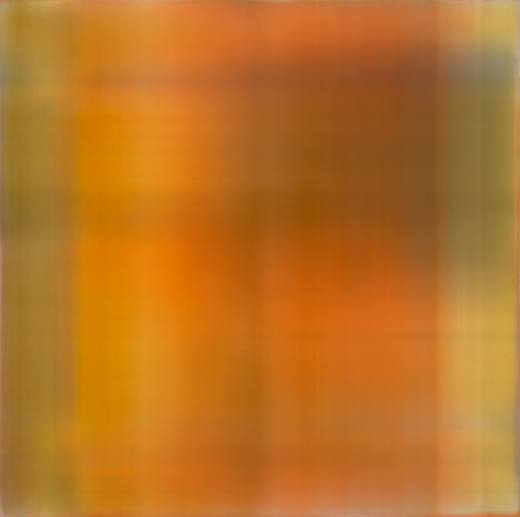 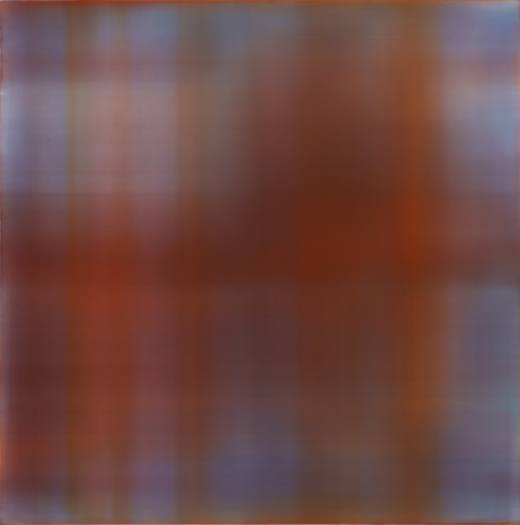 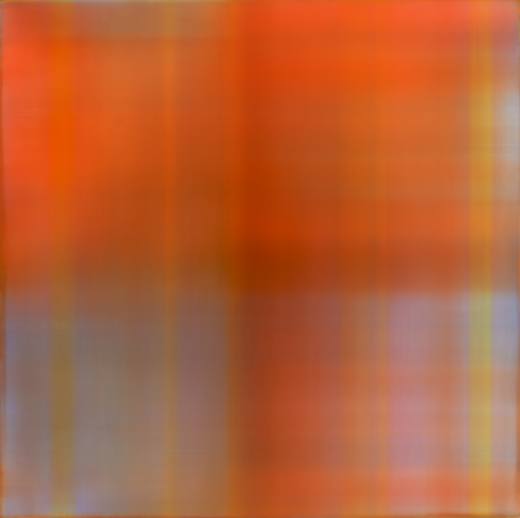 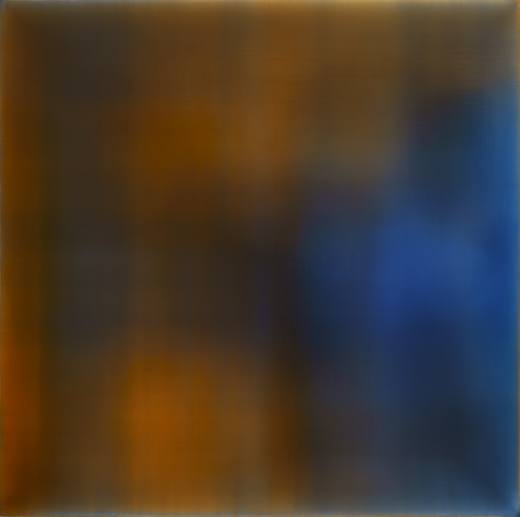 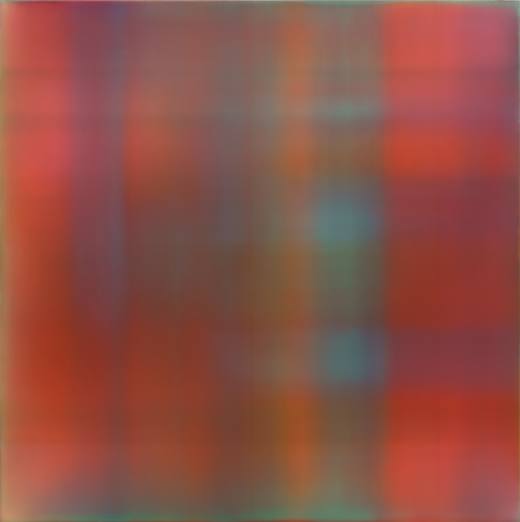 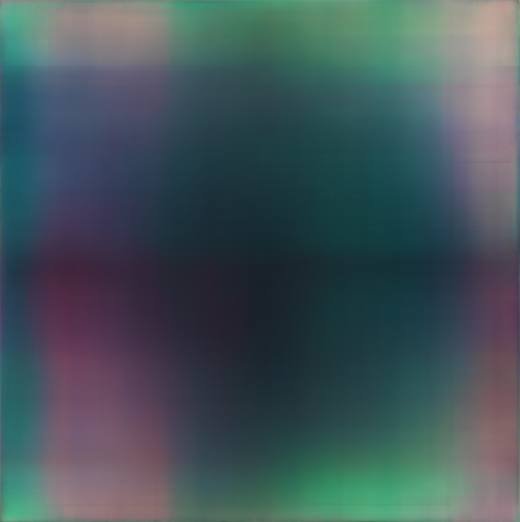 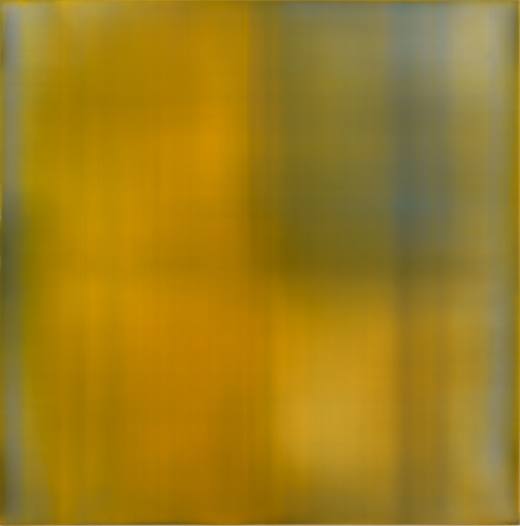 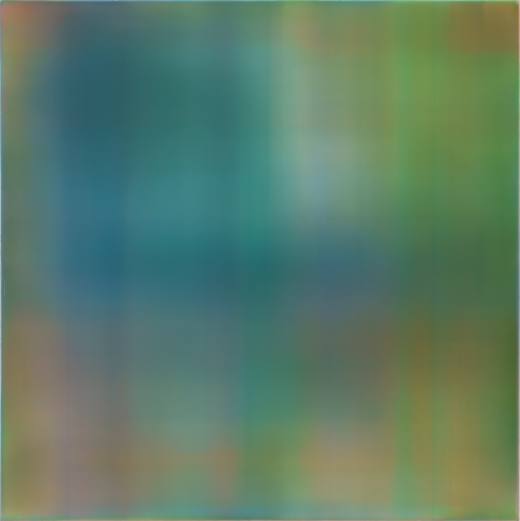